OE Experiences monetizes the Experience Economy by creating a powerful bridge between the creative and finance worlds. We serve as consultants, owner’s representatives, and co-developers on immersive dining, themed hospitality, and location-based entertainment projects across the United States.

Our consulting team brings over a century of combined experience at the highest organizational levels within retail, hospitality, operations, financial services and themed entertainment. Our team has managed over 21,000 employees worldwide and appreciate the importance of teamwork, organization and vision. 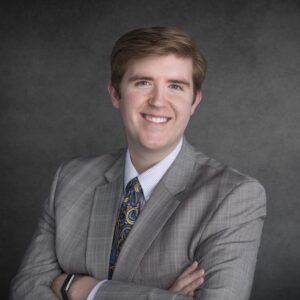 Prior to starting OE Experiences, Cross was CEO of Boyd Hollow Resorts, Inc., where he oversaw the development of a new concept in themed hospitality which culminated in it’s celebration as a Top 5 announcement at the 2019 IAAPA Expo.

Before Boyd Hollow Resorts, Inc., Cross was Vice President at USI Consulting Group, a Registered Investment Advisory firm with over $20 billion in assets under advisement. He also worked at Finard Properties, a Boston, MA based real estate development company, and Caesar’s at the Harrah’s Cherokee Casino in the finance department.

He is recognized by his peers as a strong leader with an unyielding focus on vision and success. Cross earned a Bachelor of Science Degree in Finance from the Calloway School of Business & Accountancy at Wake Forest University.

Cross serves on the Themed Entertainment Association Board of Directors – Eastern Division. 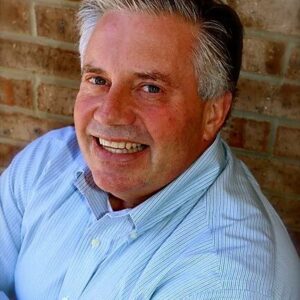 Frazer is an experienced, multi-disciplinary executive with a background in accounting, motion picture theaters, IT, construction and real estate development.

Frazer began his career as an auditor for Pricewaterhouse Coopers. At age 27 he became the Executive Vice President and Chief Financial Officer of Regal Cinemas, where he led the company through an Initial Public Offering and was responsible for all financial aspects of the publicly traded company for six years, until it was sold in a leveraged buy-out.

Frazer was Co-Founder, President, and CEO of Wintellect, a software consulting and education firm with over $10 million in annual sales.

Frazer’s experience also includes residential subdivision and waterfront property development, a construction demolition business, and rental properties on the Gulf Coast and in the Smoky Mountains.

Frazer has served as a member of the IAAPA Finance and IT Education Subcommittee. 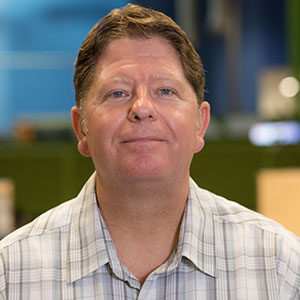 Sam Russo is the Vice President of Themed Entertainment & Project Management for the OE Experiences Team.

Russo is an experienced themed entertainment professional with over 30 years of industry experience. Russo began his career with Universal Studios Hollywood where he served as Director of Entertainment, overseeing the operation of all live shows, events and attractions, including supervision of a team of 1,000+ employees and an annual budget of 23m+.

Russo went on to serve as Operations Consultant, Producer and Project Director for industry leaders including Walt Disney Imagineering, Universal Creative, BRC Imagination Arts and Thinkwell Group, guiding projects from concept through the design and production of world class themed attractions and experiences. 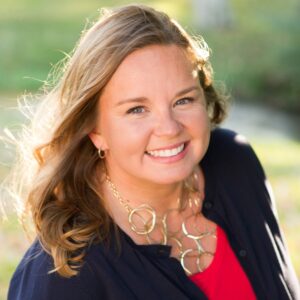 Brandi Major is the Controller for the OE Experiences Team.

Major is a driven and innovative accounting professional with over 15 years of accounting experience. She brings a positive, team-oriented attitude and willingness to take on challenges. She has her ARGUS Software Certification (ASC) and is responsible for maintaining the Development Models on behalf of our clients.

Major is a long-time Knoxville resident and graduate of the University of Tennessee. 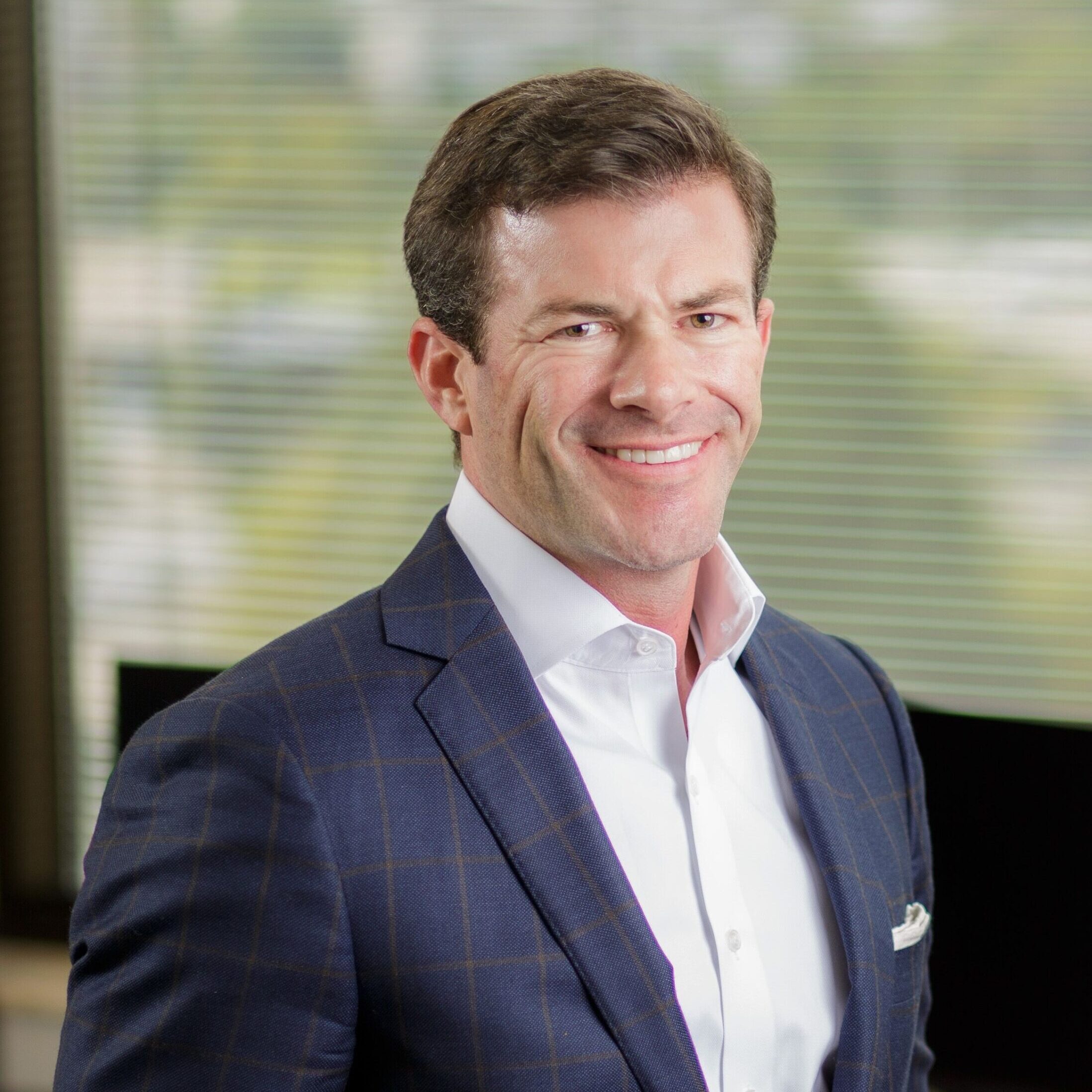 John Brock is a Legal Consultant for the OE Experiences Team.

Brock attended the University of Tennessee (B.A., 1993; J.D., 1996) where he was a recipient of the Torchbearer Award, the school’s highest student honor.

Brock represents lending institutions, businesses and business owners in transactions of all types, including commercial and venture financings, mergers, acquisitions, real estate development transactions, securities offerings, and reorganizations. Brock has extensive experience representing issuers raising capital through the private sale of equity and debt instruments, resellers of restricted equity, and buyers and sellers in the purchase and sale of preferred equities and down rounds. Brock routinely represents parties in private company mergers and acquisitions across all industries, and counsels boards and executive management teams in their negotiations with investment banks and strategic and private equity investors. 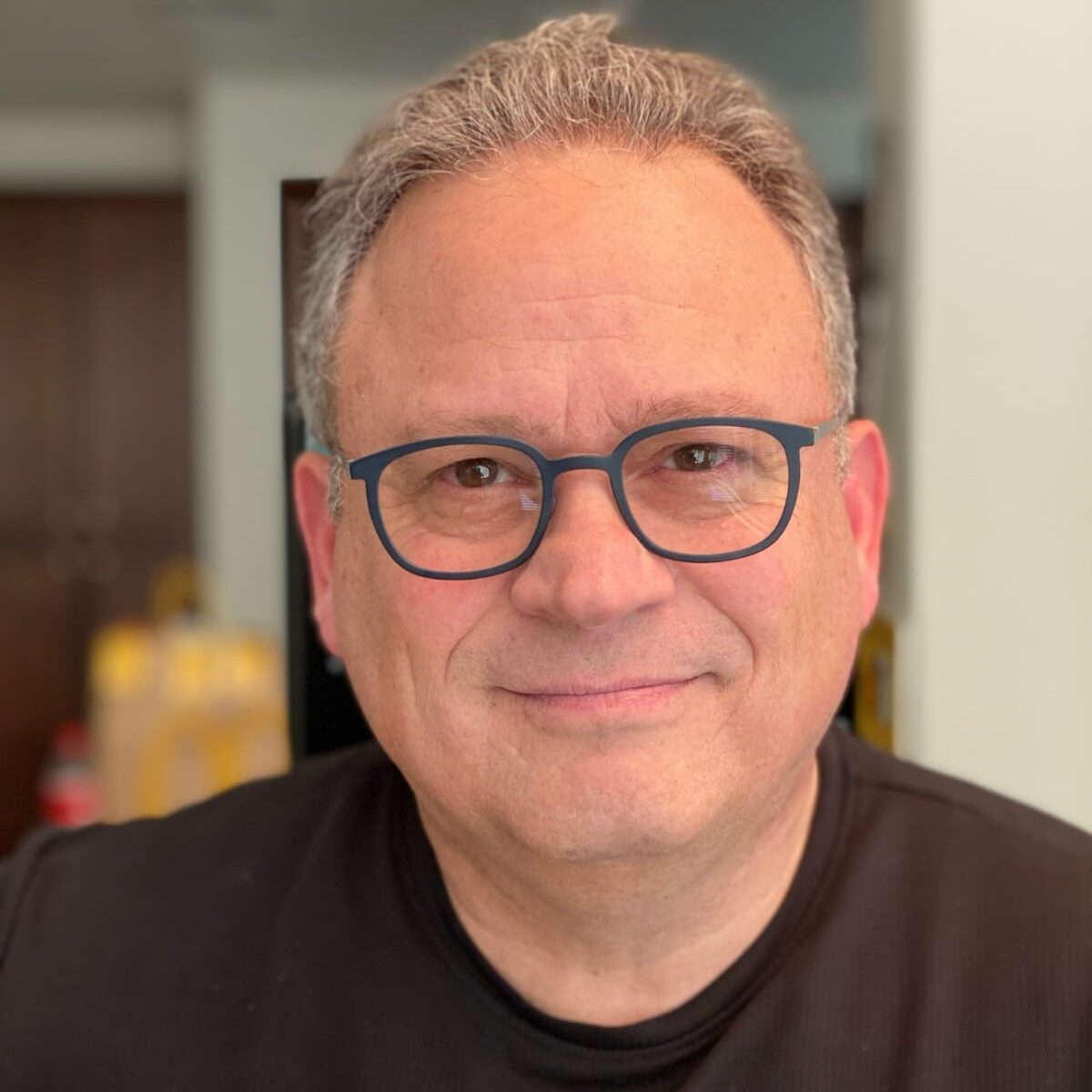 Lawrence Wittenberg is an Operations Consultant for the OE Experiences Team.

Previously, he was the Corporate Director of Food Service at Six Flags Theme Parks and was responsible for international and domestic food service operations at 35 properties with over $250 million in annual revenue where he achieved record profit growth annually during his 2001 to 2008 tenure. Wittenberg also served as the Director of Food Service Development for Universal Studios’ Islands of Adventure theme park where he led the concept, planning, design, operations, and integration of the new property into the overall Universal Orlando complex.

Wittenberg was Chief Executive Officer for BB King’s Blues Club where he led the development of their new club at the Universal Studios CityWalk Hollywood retail-dining-entertainment center. He also served as the Senior Vice President of Food, Merchandise and Club Service during the planning, design, and operation of the remodeled Madison Square Garden complex in New York City where he led the project from initial concept through operational implementation and subsequent ongoing execution.

Wittenberg has given numerous presentations of the key importance of operations planning integration into the design and development of large-scale tourism projects, guest lectured on the delivery of quality guest service in the Chinese entertainment market, and has been the Chairman of IAAPA’s Food and Beverage committee. He was also creator and guest speaker at an IAAPA EDUSession “It’s All About the Menu.” 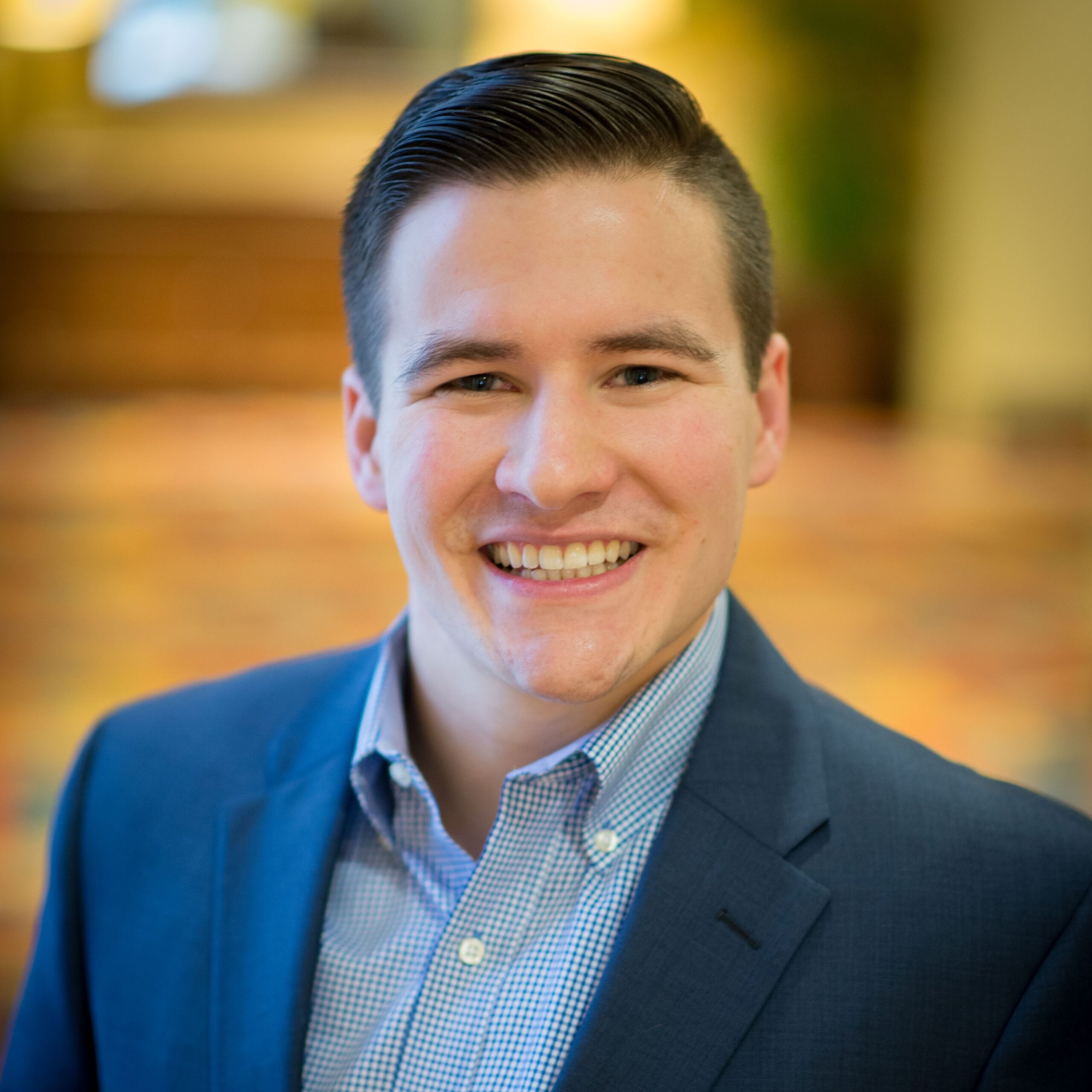 Caleb Winchester is a Financial Consultant for the OE Experiences Team.

Most recently, Winchester worked at Herschend Family Entertainment in several capacities improving processes, with strategic planning, and acquisition opportunities. In his role as a Business Development Associate at Herschend, he led efforts on M&A buy-side deal opportunities for the enterprise which included review and generation of financial models and operational plans.

Winchester earned a Bachelor of Arts Degree in Business Economics from Wheaton College, IL and an MBA from the University of Oxford.

We are fortunate to work with creative and driven firms across development, hospitality and manufacturing. 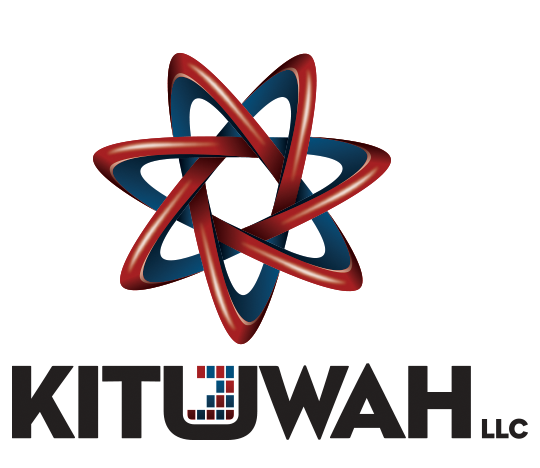 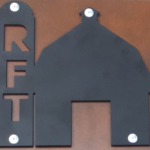 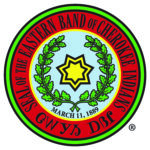 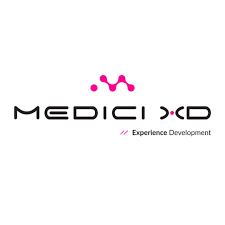 Visit Us (By Appointment Only)

Contact our team to learn more about:
-Development Opportunities
-Request for Services
-CareerS 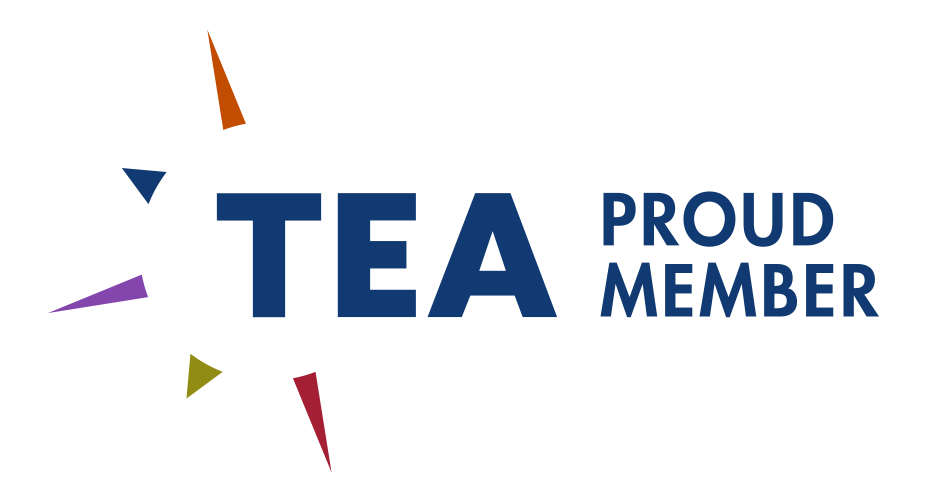 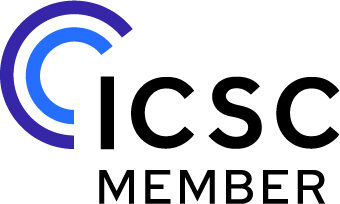 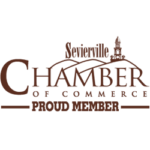