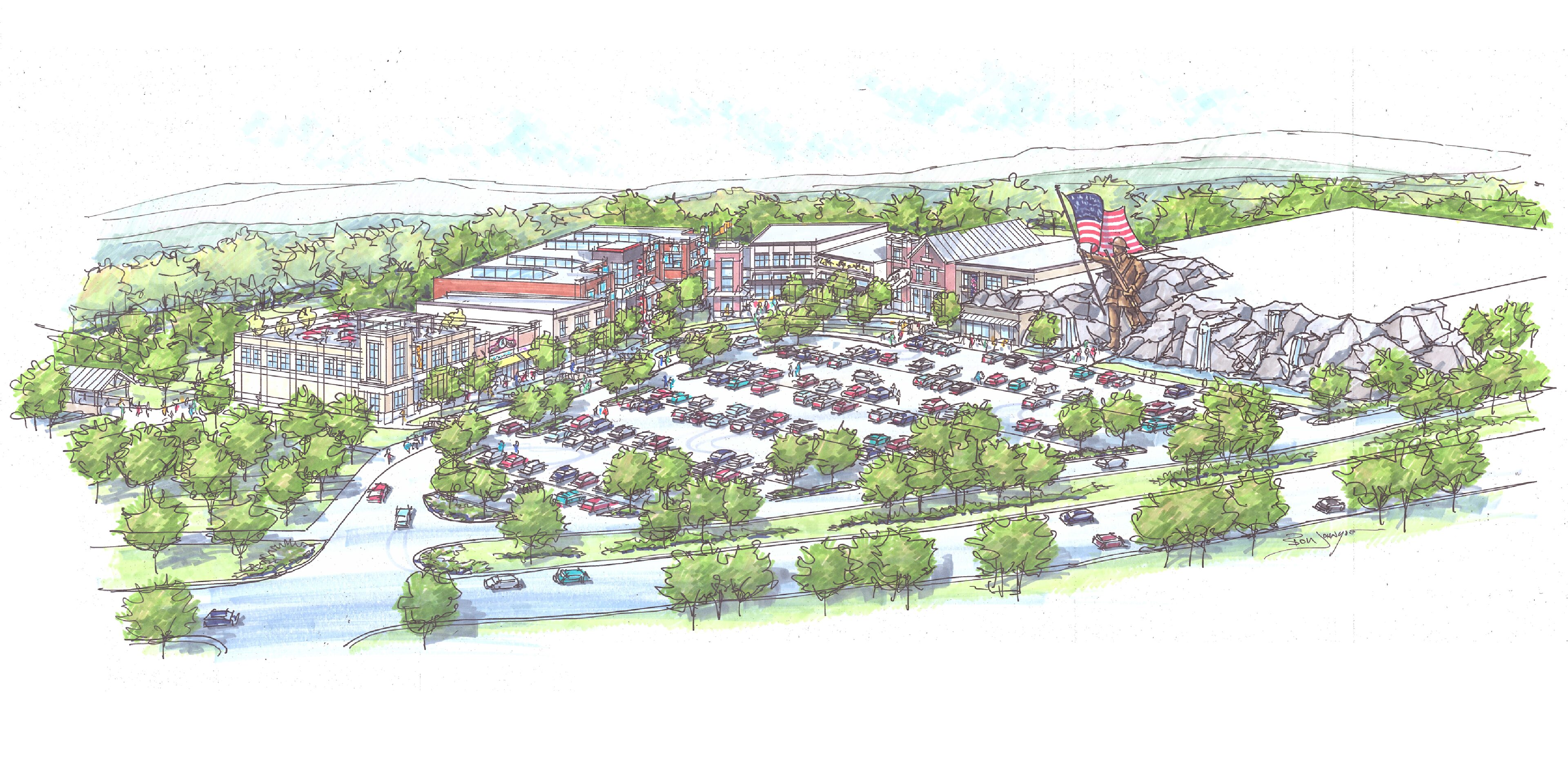 Visitors to the Great Smoky Mountains can experience a new attraction in 2024 from a European entertainment company that specializes in storytelling, not rides.

Puy du Fou is partnering with the Eastern Band of the Cherokee Indians to produce a “spectacular immersive show” inspired by the history of the Cherokee who served in World War I.

The show, which will be located on the road visitors take east to the Smokies, will be Puy du Fou’s first attraction in the U.S.

It’s part of a new entertainment and retail complex called “The 407: Gateway to Adventure,” which will include the country’s largest Buc-ee’s travel center, other attractions and a resort.

Entrance into the U.S. market, especially in a top tourism destination like the Smoky Mountains, is a significant milestone for a company aiming to be a worldwide entertainment leader over the next decade.

But what is Puy du Fou?

“The thing that we aim at is to become American, and especially first Cherokee,” Nicolas de Villiers, chairman and artistic director of Puy du Fou, told Knox News. “We don’t want to bring French vision. We want to bring, on U.S. soil, a Cherokee vision and an American vision through the eyes of the Cherokee.”

What is Puy du Fou?

Puy du Fou defies the idea of a traditional U.S. attractions. There are no rides.

It produces history-inspired storytelling in the form of shows and immersive experiences.

The company’s flagship theme park in western France drew more than 2.3 million visitors in 2019, according to a press kit, and it is considered the second-most visited park in France behind Disneyland Paris.

The park includes many performances, shows, resorts and villages intended to look and feel authentic to the region’s history.

Puy du Fou also has a park in Spain. It has created shows in the Netherlands, England and is premiering a new show in Shanghai this year.

Each park or show is created with inspiration from local history, from the script to the production design.

“We prefer to tell a story like we write a novel or a movie, and we treat history as a framework for the stories and the stories are more legends than real and scientific history,” de Villiers said. “This is the way we can bring emotion based upon the common heritage we have in France.”

Puy du Fou was founded in 1978 by Philippe de Villiers, who ran as a nationalist candidate in the 2007 French presidential election.

What is Puy du Fou bringing to the US?

In partnership with the Eastern Band of the Cherokee Indians, Puy du Fou will create a new walking, indoor attraction that puts visitors in the action with Cherokee who volunteered to fight on European soil despite not having American citizenship. The 30-45 minute show is intended for all audiences.

The story will be based around dialogue between a girl and her soldier father and will have themes of patriotism, service and sacrifice, de Villiers said.

“All of those are values near and dear to Cherokees,” said Richard Sneed, principal chief of the Eastern Band of the Cherokee Indians. “I think that they resonate with humanity. It’s an important story to tell.”

Puy du Fou has produced other immersive shows. In “Le Mystere de La Perouse” guests board a boat for a scientific expedition and can feel the movement of the vessel and spray from the ocean while stepping through the story.

Why did Puy du Fou choose the Smoky Mountains?

The Eastern Band of the Cherokee Indians is searching for world-class attractions for “The 407: Gateway to Adventure,” its first tourism venture outside casinos.

“I don’t speak Spanish, and everything was in Spanish, I was literally moved emotionally to tears by some of the production,” Sneed said of a show he saw in Spain. “The experience is transformative. It’s cerebral, it’s visceral, and afterwards you’re different.”

The two entities have a letter of intent to develop the attraction, and the tribe’s council approved the $75 million to move forward.

It’s a good time to open a new entertainment venture in Sevier County. Record-breaking crowds are flocking to the region, which includes Gatlinburg, Pigeon Forge, Sevierville and Great Smoky Mountains National Park. More than 14 million people visited the national park last year, and the fandom around Dollywood continues to grow as the brand expands.

How do you pronounce Puy du Fou?

Bit rusty on your French? You have some time to practice before the attraction opens sometime in 2024. Don’t worry, the dialogue will be in English.

Named for the castle in France where the performances started, Puy du Fou (pronounced PWEE-DEW-FOO) could pop up in other places around the U.S.

“This is very important for us not to come on the U.S. soil with our culture, European culture,” de Villiers said. “We can bring maybe the … know-how to create emotion, but really we believe that first we must become Cherokee in our minds and in our hearts to tell a great story.”

Business Growth and Development Editor Brenna McDermott can be reached at brenna.mcdermott@knoxnews.com. Support our local news efforts by becoming a Knox News subscriber.